This is a collection of information gathered by individuals who were once interested in Day of Dragons, but began to ask important questions that lead to some pretty worrying answers.

An excellent summary of the issues surrounding Day of Dragons is available in the video below. 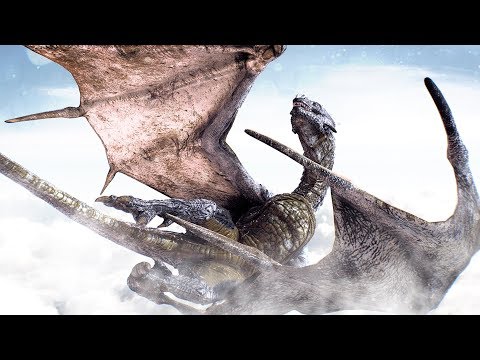 The kickstarter campaign started on September 2nd, 2019 asking for a modest $12,000 in funds without stretch goals with a short and limited description. The goal was reached and exceeded on September 8th, 2019 by fans and supporters of the project hopeful to see what they could do. Then on September 13th, 2019 a popular youtuber named Anthomnia made a video about the game, showing off exclusive gameplay and an interview with the developer, which got the kickstarter lots of attention from his fanbase and it quickly grew.

As the kickstarter got more and more support, stretch goals were added as quickly as possible to the project, most of the time posthumously. All of these ended up being skins worth about $50,000 each in backing.

The kickstarter campaign's wording itself raised some red flags.

When asked if there were public profiles to view the artists, programmers or developers in general in an effort to see their past work, experience or current status working on the game, one is met with the answer of “They like their privacy.” This only adds more suspicion; can they do the jobs they say they can? Is there any past work or concepts from the last two years of their development?

Apparently they have no public presence at all. No previous game development experience from the original team. There seems to be no real roadmap for what will be put into the game. No concepts to speak of for new systems. They don’t even have an idea of who they want to hire. 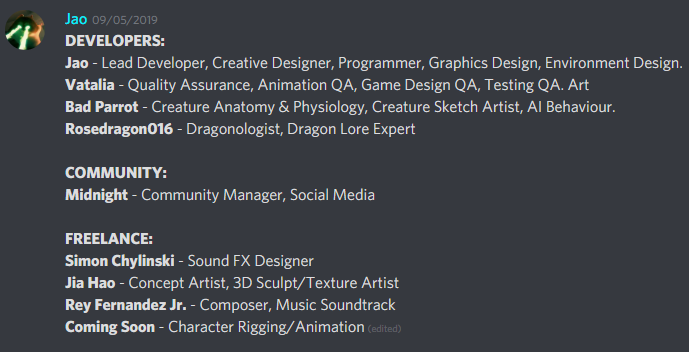 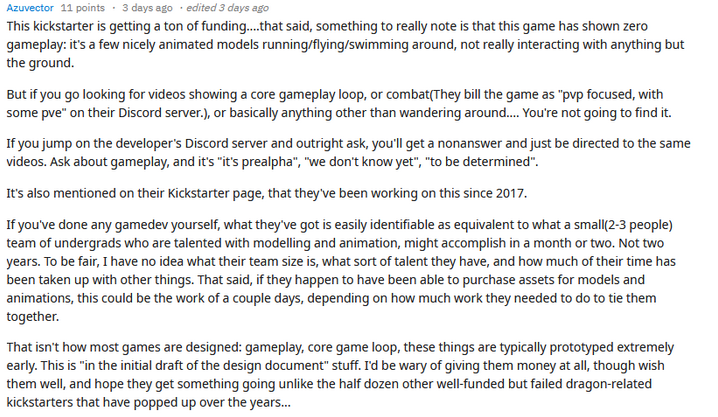 Normally a concept of a creature is created during the development process of a game. However, it is very odd that the concepts that the game currently has were all premade. While this is more of a nitpick, the artist involved has since been hired to work on the game.

Since their half a million in funding has passed, there has still been NO CONCEPTS released for this game except said premade artworks. Not even WIPs.

If this is the case, why have we not received any WIPs or concepts or any views of what is being worked on? How does one know it takes six weeks when no dragons besides placeholders have been shown? It simply doesn’t add up.

The game is said to have been in development before the Kickstarter began for a span of two years, yet no concept art, notes, models, anything exists. When asked about it, the moderators simply do not give an answer or actively avoid answering the question.

The earliest confirmable time that development began on Day of Dragons is July 8th, 2019 when the first depot on steam was created, as can be seen in the screenshot below.

There are many lies from Jao when it comes to Day of Dragons and his past, but these are the most damning.

He claims to have experience with C++ yet admits to not having any earlier in the year in the official Unreal Slackers discord under his name HighGround#3777, the same discord account he uses for Jao.

He also regularly states that development on Day of Dragons started two years ago, in 2017. Yet this is also provably false from his messages in the official Unreal Slackers discord.

It's extremely clear from when he changed the companies name from dGi LLC to Beawesome Games after January 2019, he also registered the domain name dayofdragons.com and began active development in May 2019. 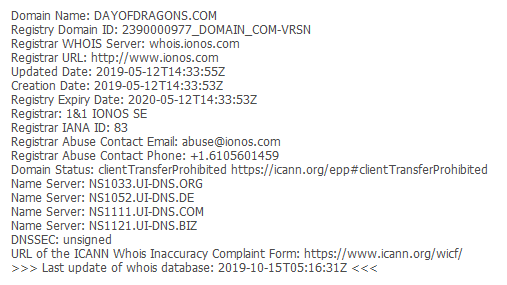 Day of Dragons underwent at best 3 months of development before launching their barebones Kickstarter campaign on September 2nd, 2019.

Looking through all the released content from the team for the game both during and after the kickstarter campaign, the entire game outside of some in-game HUD user interface work is available on the unreal marketplace for sale. A link to most of the assets used by Day of Dragons that make up the entirety of the game will be listed below.

Even worse, when asked if a custom map was planned for Day of Dragons the lead developer admits that it's not and that the marketplace maps are not placeholder content, despite receiving over half a million dollars in funding. 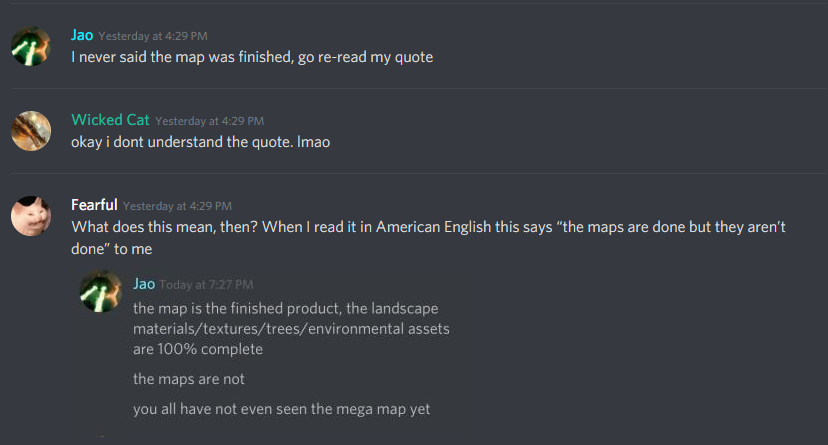 Upon static analysis of the dedicated server binary available publicly on steam, it was discovered that the game only contains two code files that do not originate from the marketplace, and they are empty native classes. The rest of the games logic is implemented in Blueprint Visual Scripting.

Static analysis can be performed on the Day of Dragons - Dedicated Server Linux app publicly available on steam to verify our results. To perform this analysis yourself, download steamcmd, login anonymously, and run app_update 1088322 to download the server. You can then debug it however you want, although I used gdb on linux so that I would have access to the symbol information.

You can view the games marketplace content and collection of blueprints below.

Some of the art used in promotions and on the website was discovered to be stolen and being used without the consent or license from the artists.

The owner of the artwork Naezith reached out over discord to discuss the issue. 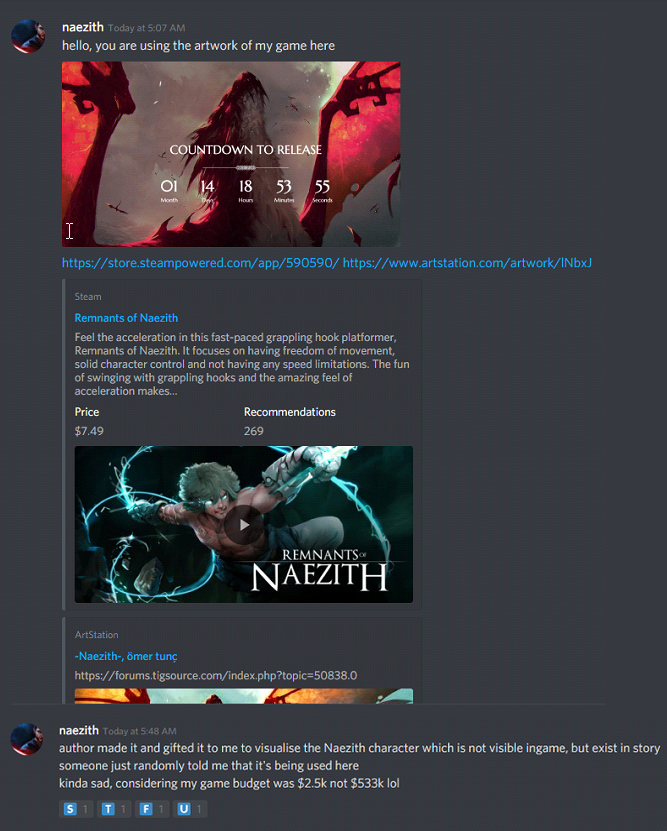 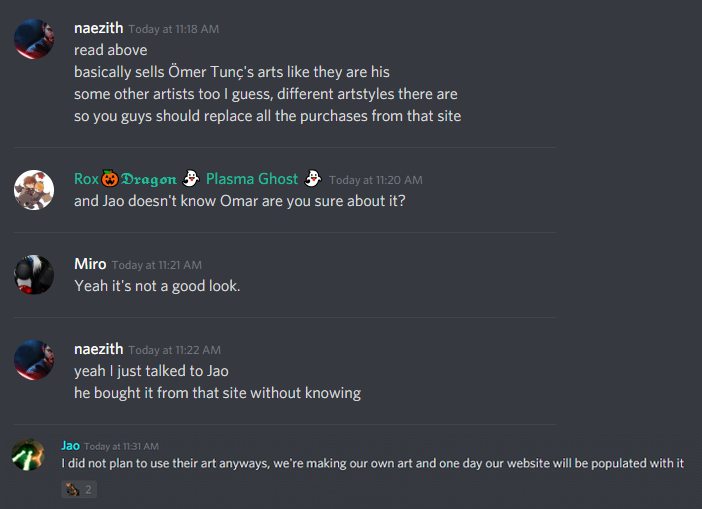 Jao and Naezith ended up communicating, and Jao has since removed the art from the website. While it was stated that the art was part of the pre-made store-bought website template he uses, and that he had no intention of using it, that does not excuse using stolen artwork, or artwork that has no relevance to your game on a website you claim as yours.

The other stolen art mentioend by Naezith was in-use on the website, and is pictured below.

It has since been replaced with the background art that comes from the Advanced Menu System marketplace asset.

We are a little skeptical that the art on the premade website was thought to be bought, considering it had art from the Elder Scrolls game on it as well. No one should ever use art like that when they can hire an artist to make the art for them, and can use basic textures or colors as placeholders.

If you wish to see the website before the change, it's archived here.

Various content creators and game developers are expressing concern and uncertainty about the legitimacy of the game, particularly due to the game being mostly just marketplace assets packaged together for sale. One such public interaction between a game developer, Dondi and youtube content creators Anthomnia and IGP can be seen below. 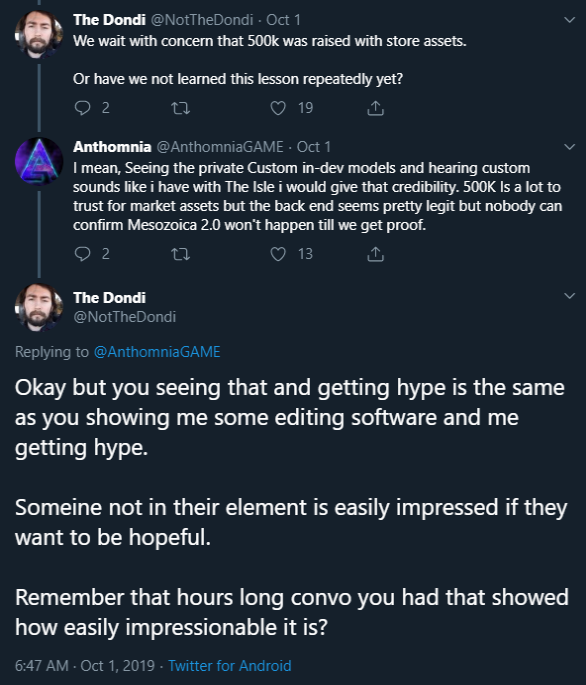 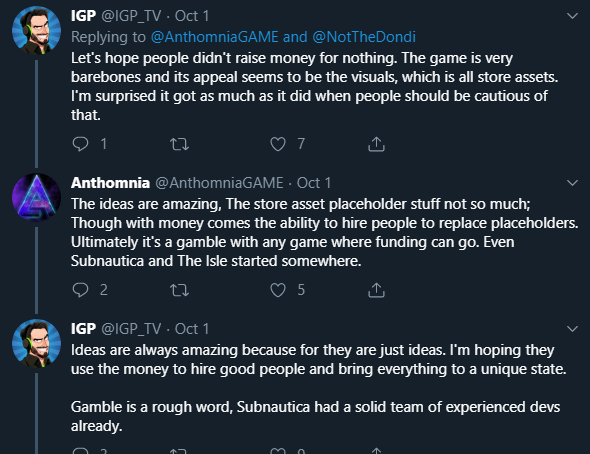 Shortly after the kickstarter success, and before creating any custom content or even releasing the beta of the marketplace content game they have, they started to gauge interest in selling merchandise. 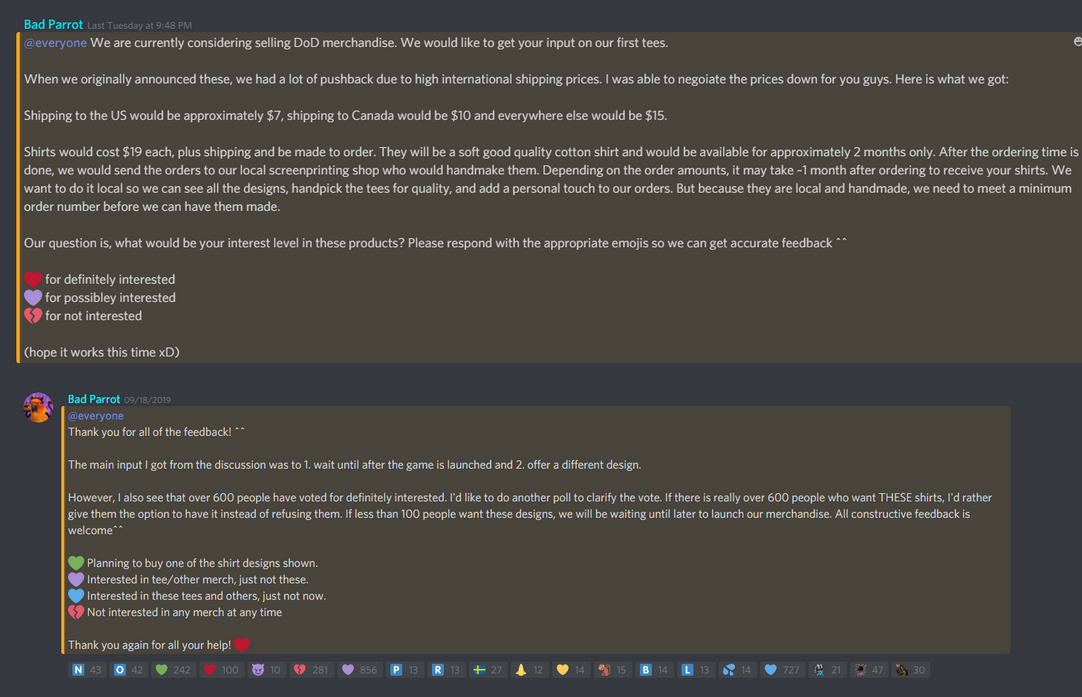 They have also started adding DLC before even the Early Access release of the game hits, and kickstarters will be required to buy this new DLC as well.

Interactions between Jao and the community when questions come up are often tense at best, as can be seen below when someone asks about the lackluster kickstarter rewards.

Recently he used his community as a weapon against a user he suspected of creating a google document that raised questions about all the points listed here. 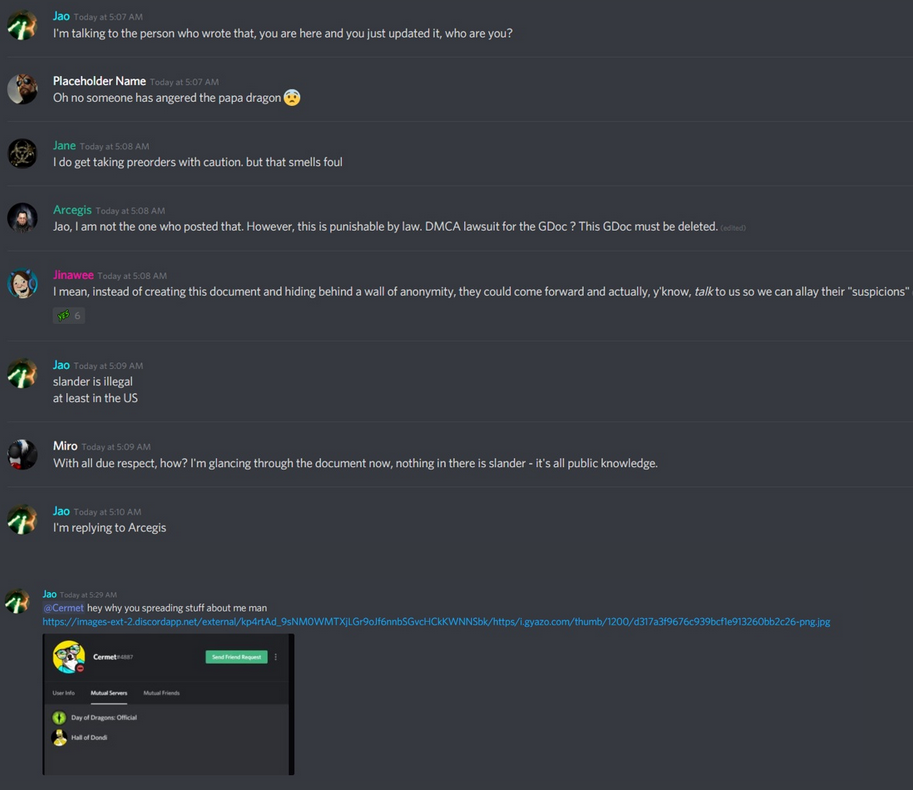 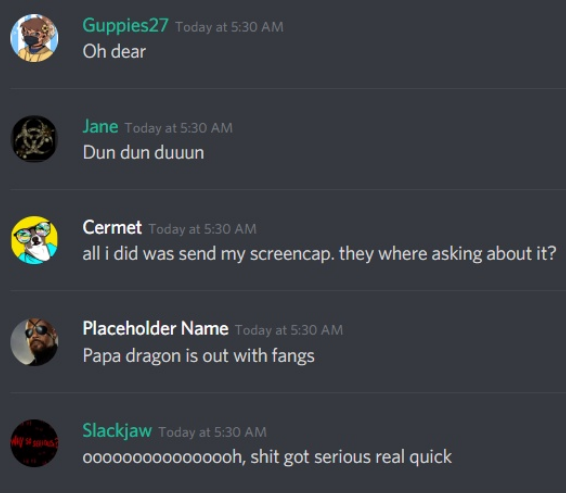 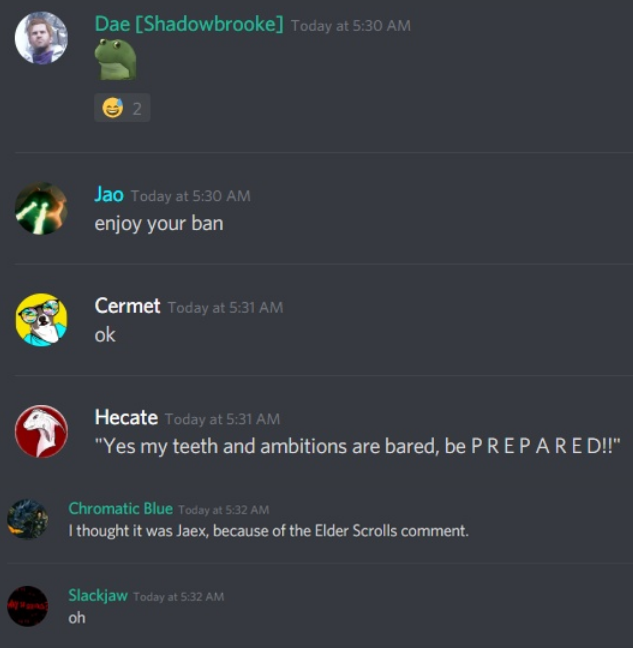 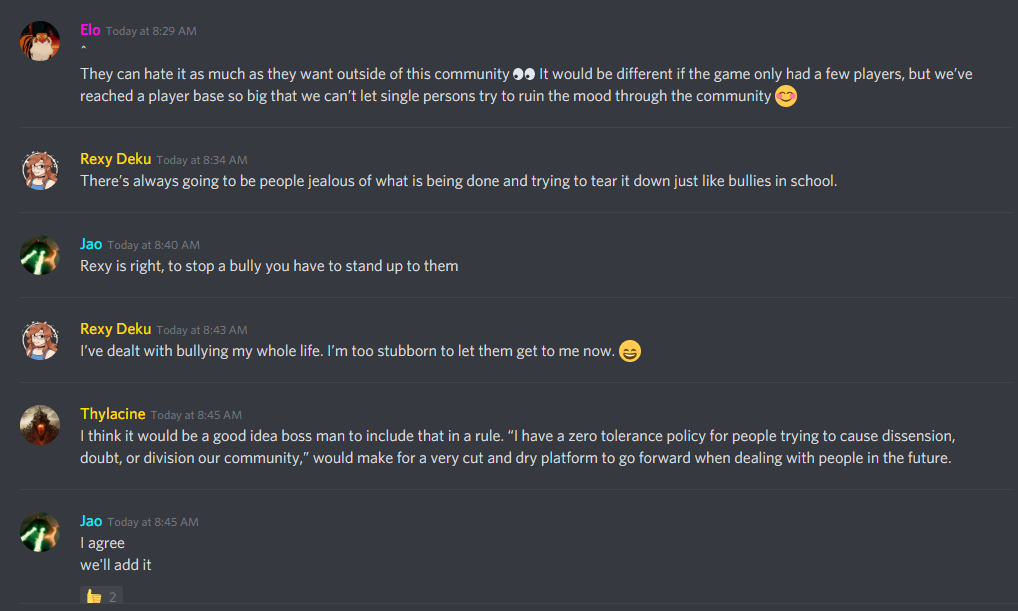